My Year With Marvel: Catching Up With the X-Men 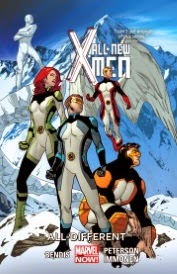 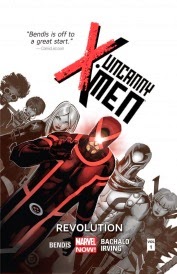 Back in the day, the X-Men were my jam. Teenage Me faithfully purchased both X-MEN and UNCANNY X-MEN each month, keen to see what was next for my favourite superteam.

Alas, Marvel eventually raised their prices, and money got tight, and I had to ditch both titles. We’ve discussed this sad, sad day before. I still ain’t entirely over it.

I attempted to ease back into the series when my library purchased the collected editions of Joss Whedon and John Cassaday's ASTONISHING X-MEN, but availability became an issue yet again when they failed to buy any of the series' subsequent volumes. Cue Sad Day 2: Return of the Sad.

Fast forward a goodly number of X-free years, and the X-Men headed the list of things I wanted to explore on Marvel Unlimited. But, being me, I did not do this. Oh, I read the 2005 Gambit and Rogue1 series since I was always mighty partial to those two, but I sorta-kinda resisted getting back into the team’s core adventures.

Part of it was that the X-Men were really important to me when I was younger, and it’s always difficult to dive back into something you used to love. What if you don’t love it anymore? What if you can’t even see why you ever loved it in the first place? It's scary.

A bigger part was that there are so frickin' many X-books and I had no idea where to start. 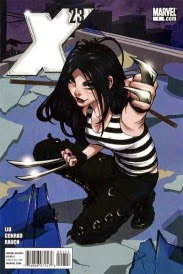 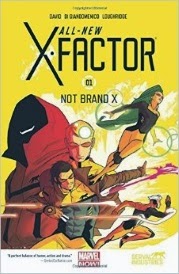 I didn’t actively read X-Men comics for my first few months on MU, but I still brushed up against them time and again. I found mutants in the far reaches of space via Marvel Cosmic, running detective agencies in titles with ties to the Inhumans, fighting evil alongside the Avengers, and grappling with the massive Civil War that divided the US-based superheroes. I got a pretty good idea of what had happened to them since the last time we tangoed, and it was big.

Also, daunting. How was I supposed to deal with all this? Should I return to the stuff I read in the late 90s and work my way forward from there? Maybe I could revisit Whedon and Cassaday’s run and read the rest of ASTONISHING X-MEN? Was there an X-centric crossover event I could start with?

While I was dithering, Marvel added even more early X-Men comics to their database, making it possible to start with UNCANNY X-MEN #1 and read most of the series in publication order.

I took a deep breath. I thought about what I'd seen hinted at so far and what I most wanted to explore in greater depth. Then I dove in with the following self-developed guide in mind:

Unless you start right at UNCANNY X-MEN #1 and completely ignore the rest of the Marvel Universe (and, like, a large chunk of pop culture), you’re going to run into spoilers. Don’t worry about it, and don’t go out of your way to dodge them. Superhero comics follow several basic patterns and rules (the big one being that nobody ever stays dead) (except maybe Wolverine these days) (I'd cry spoiler, but I just told you not to worry about them), so you’re always going to have at least a rough idea of what’s coming, especially if you go further back into the timeline. Accept that you’ll know some of what happens before you actually read it. Doesn’t mean you can’t enjoy the journey and glean some choice details while you're at it.

Chronology is for wimps

The X-Men have a bizarre, convoluted timeline fueled by mindwipes, retcons, time travel, and other fun stuff like that. Pay it no mind. Jump in anywhere at all, though you’ll probably want to choose the premiere issue of an X-related series, the start of a well-regarded story arc, or the first appearance of a character who interests you. A quick spot of googling can help you identify the relevant issue.

Seriously: do not worry about spoilers

Don’t worry about potential confusion, either. It really and truly does not matter where you start because everyone constantly talks about everything important that’s ever happened. Everything. Ever. You may not know the sordid details of how the Scarlet Witch depowered the vast majority of the world's mutants or why Cyclops offed Charles Xavier (to cite two prominent examples), but you'll quickly grasp enough to get by on because nobody every shuts up about it. 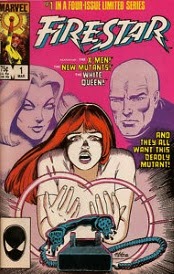 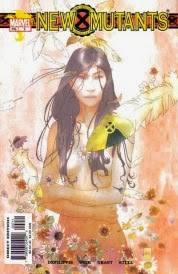 With these tenets in mind, I decided to start with all the stuff surrounding Vulcan, the third Summers brother who briefly becomes Emperor of the Shi’ar (and thus intersects with your good friends and mine, the Guardians of the Galaxy). From there, I read all of Marjorie Liu’s X-23 before I went back and learned about Laura’s origins from the miniseries by Christopher Yost and Billy Tan, followed by the miniseries by Craig Kyle and Michael Choi. And after a break to explore CIVIL WAR and various Avengers titles, I girded my loins and leaped into the most recent X-Men stories with ALL NEW-X-MEN (which we'll discuss in the near future), plus the rebooted UNCANNY X-MEN and X-MEN.

After I was as caught up as one can be when one reads on a six-month delay, I went on to ALL-NEW X-FACTOR, X-FORCE, a few 80s miniseries, the first couple of volumes of ASTONISHING X-MEN (a reread/catch-up, obvs), and the 2004 NEW MUTANTS series, which led me to my latest reading project: NEW X-MEN.

It’s been a hell of a lot of fun. I wish I’d done it sooner.

I’ll surely read other things in between, but I expect the X-Men to be a focal point as we move towards the end of my one-year Marvel Unlimited subscription this September. And I plan to jump all over the frickin’ timeline, because chronology is for whimps and I ain't so worried about spoilers.

Email ThisBlogThis!Share to TwitterShare to FacebookShare to Pinterest
Labels: comics, my year with marvel, x-men