My Year With Marvel: Exploring the Young Avengers 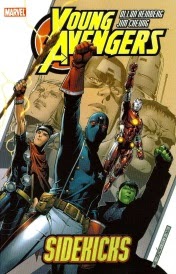 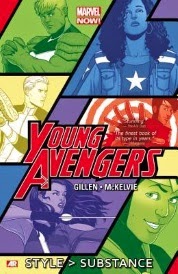 Marvel Unlimited’s front page features a widget designed to showcase what's popular this month; or maybe what they want to be popular this month, seeing as how rarely changes. Until mere days ago, YOUNG AVENGERS held pride of place--and if you want the truth, I used to wonder why I should pay attention.

I like the Avengers. I like young people. Stick the two of ‘em together, though, and I just didn’t know. My teenage self loved young superhero teams like DC's Legion of Superheroes, but as time rolled on I began to feel like young superheroes were, well, corny. And while I’ve got a decent tolerance for corniness, it ain’t exactly my favourite.

But then I read HAWKEYE, and I fell in love with Kate Bishop (light of my heart; breath in my lungs), and I developed a powerful need to see where it all began for my favourite superheroic archer.

And you know what? It was awesome.

The Young Avengers were created by writer Allan Heinberg and artist Jim Cheung. They’re a superhero team brought together by the young Kang the Conquerer (a classic Avengers villain I haven’t yet met in his adult form), who travels back in time and calls on a bunch of teenagers with ties to the Avengers in the hopes he can stave off his own future supervillainy. (Three guesses how well that works for him.) His original picks are Eli/Patriot, a supersoldier and the grandson of the original Captain America; Billy/Wiccan, a magic user and the Scarlet Witch’s sorta-kinda-maybe son; and Teddy/Hulkling, the shapeshifting son of Captain Marvel and a Skrull princess.

Over the course of several adventures, the team expands to include Kate Bishop/Hawkeye, an expert marksman and fighter with neither powers nor ties to the Avengers; Cassie Lang/Stature, the size-changing daughter of Scott Lang/Ant-Man; Tommy/Speed, Billy’s speedster sorta-kinda-maybe twin brother; a young model of the Vision; Miss America Chavez, a dimension-crossing badass; Noh-Varr/Marvel Boy, a Kree warrior; David Alleyne/Prodigy, a former knowledge-absorbing mutant who’s retained all the information he sucked up during his empowered days; and Loki in his de-ageified form. 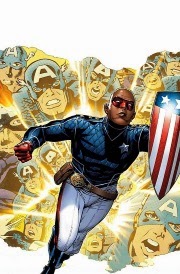 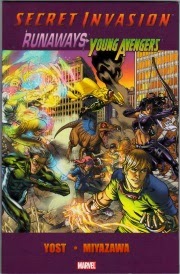 The scope of their adventures is usually smaller than what you'll encounter in any of the adult Avengers series, but it’s still pretty durned cool. The Young Avengers fight plenty of bad guys and work to vanquish injustice wherever they find it, and in doing so they frequently clash with older superheroes who think these teenagers are too young to handle themselves properly. While the team is capable, smart, and good at gauging one another, they do often get themselves into trouble as they figure out how this whole superhero schtick works. Heinberg and Cheung are particularly good at showing that talent doesn't always equal perfection. The Young Avengers have a lot to learn, both as superheroes and as people. Even when they become accomplished fighters, they often struggle with personal fallout from the choices they make.

It can be extraordinarily painful. Y'all know how much I love painful things.

YOUNG AVENGERS also works hard to showcase diversity across its various incarnations. As things have progressed, Billy and Teddy (who are a couple), have more or less become the series’ heart. The latest run, written by Kieron Gillen and drawn by Jamie McKelvie, also introduced lesbian America, bisexual David, and not-entirely-straight Noh-Varr. And while non-white characters don’t exactly abound, they still have a major presence via Eli (black), America (future-space-Latina), and David (black).

If you’re on the hunt for a diverse, fairly self-contained superhero team, you want to meet the Young Avengers. The team has always appeared in miniseries or seasons, rather than as ongoing series, and you probably want to tackle them in more or less this order: 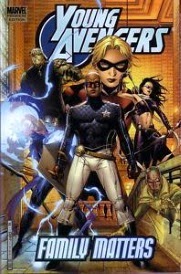 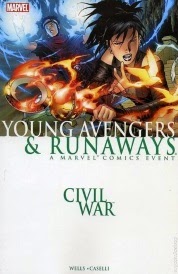 Young Avengers Volume One: Sidekicks: collects issues 1-6 of the 2005 series. Written by Allan Heinberg and drawn by Jim Cheung, this opening volume introduces the core characters and gives them a high-stakes conflict to overcome, with plenty of opposition from all sides.

Civil War: Young Avengers/Runaways: collects issues 1-4. Written by Zeb Wells; drawn by Stefano Caselli. Civil War as a whole pushes the Young Avengers in a new direction, but I found this Runaways crossover miniseries decidedly unmemorable. If you have to make an effort to find it, you can probably skip it and focus on the larger event instead, with backup from...

Young Avengers Presents: collects issues 1-6. A different writer and artist devote themselves to each Young Avenger in this Civil-War follow-up. It’s great stuff, and not to be missed. The HAWKEYE fans among you will also want to know this is where Kate Bishop and Clint Barton first come together under Matt Fraction’s capable overview. 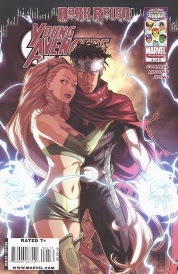 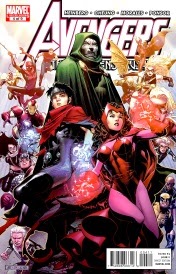 Secret Invasion: Runaways/Young Avengers: collections issues 1-3. Written by Christopher Yost; drawn by Takeshi Miyazawa. I guess it fleshes out Teddy’s connection to the Skrulls, but you’re safe to skip it if you have to make any effort to find it.

Dark Reign: Young Avengers: collects issues 1-5. Writer Paul Cornell and penciller Mark Brooks create an enjoyable miniseries in which another group of young people tries to steal the Young Avengers’s name. It introduces some new characters and puts our established favourites in an awkward position, but you probably don’t need it since none of the newbies seem to stick around past #5. I read it last of all these YA collections and didn’t feel the lack.

Avengers: The Children’s Crusade: collects issues 1-9, plus a one-shot of the same name. Written by Allan Heinberg; drawn by Jim Cheung. Also my very favourite Young Avengers-related story. Even though it’s marketed under the adult Avengers banner, the Young Avengers drive the plot as Billy sets out to find his sorta-kinda-maybe mother and figure out what the hell is going on with his powers.

As a point of interest, the team hangs out in the High Line at the end. I love the High Line, so I totally geeked out over that scene. 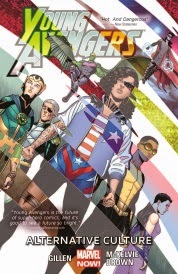 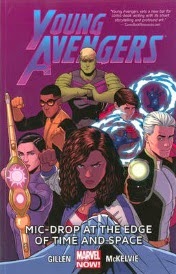 Young Avengers Volume One: Style > Substance: collects issues 1-5 of the 2013 series. Written by Kieron Gillen; drawn by Jamie McKelvie. A good jumping-on point for those who loved THE WICKED + THE DIVINE and want more from this creative team. The Young Avengers come back together when Billy accidentally summons a mom-shaped horror intent on taking over the world. To be honest, I was iffy on this one, but I suspect I’ll like it much more when I reread it with the entire season in mind.

Young Avengers Volume Two: Alternative Cultures: collects issues 6-10 of the 2013 series. This, now, was frickin’ awesome. When Tommy is kidnapped, the team pursues his abductor across multiple dimensions with an assortment of their exes in fast pursuit--but are they playing into the mom-shaped horror’s hands?

Young Avengers Volume Three: Mic-Drop at the Edge of Time and Space: collects issues 11-15 of the 2013 series. And the awesomeness wraps up with a bang, a party, and an assortment of kisses.

That’s it for the main YA continuity. Various Young Avengers make appearances elsewhere, too, but I haven’t bothered to track ‘em all down yet and so can’t comment on how interesting and/or important their other appearances are.

Aside from HAWKEYE, that is. It’s half Kate’s book, and, as previously stated, it’s awesome. I’m forever grateful to it for leading me to this team in the first place.

Okay. You want to get started with the Young Avengers. I recommend you check your library first, of course, but if they're unable to oblige you can try the following starting points:

I receive a small percentage of the purchase price if you buy a comic though one of the above links to Kobo, The Book Depository, or Amazon.

Email ThisBlogThis!Share to TwitterShare to FacebookShare to Pinterest
Labels: comics, diversiverse, my year with marvel, quiltbag